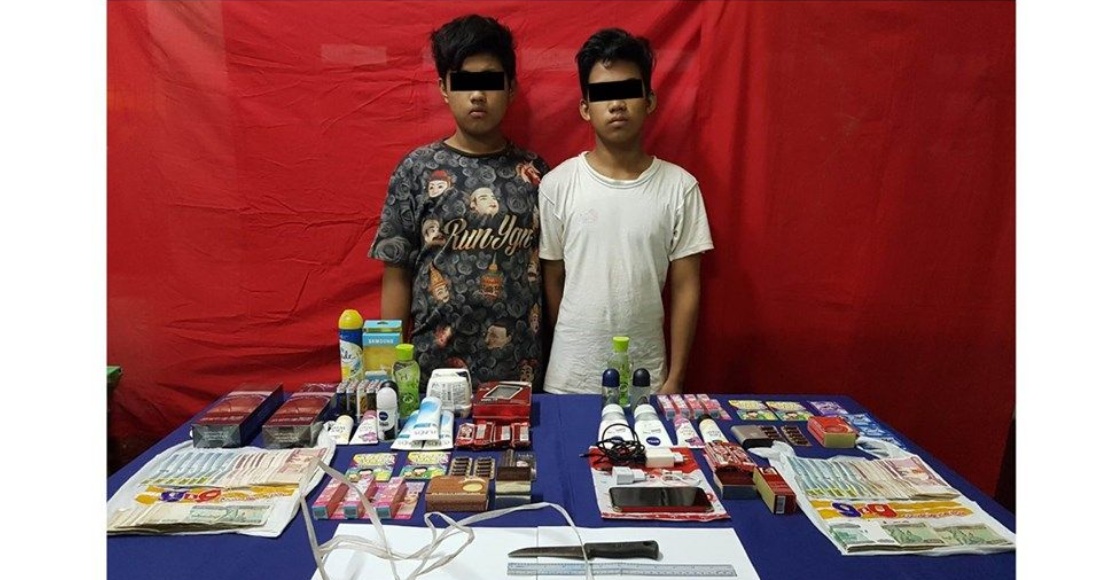 20.5.2020 At 3:40 am on Wednesday morning, at the G&G store, a young man in his 20s, dressed in a white shirt, asked if he was “alone”. He replied, “Two men are selling at our shop,” and he was looking inside. Then, another young man in white shirt arrived again and bought a bottle of water and went to the cold card to say that he was cold, and he went to the court and handed him a necklace and a knife in the briefcase. 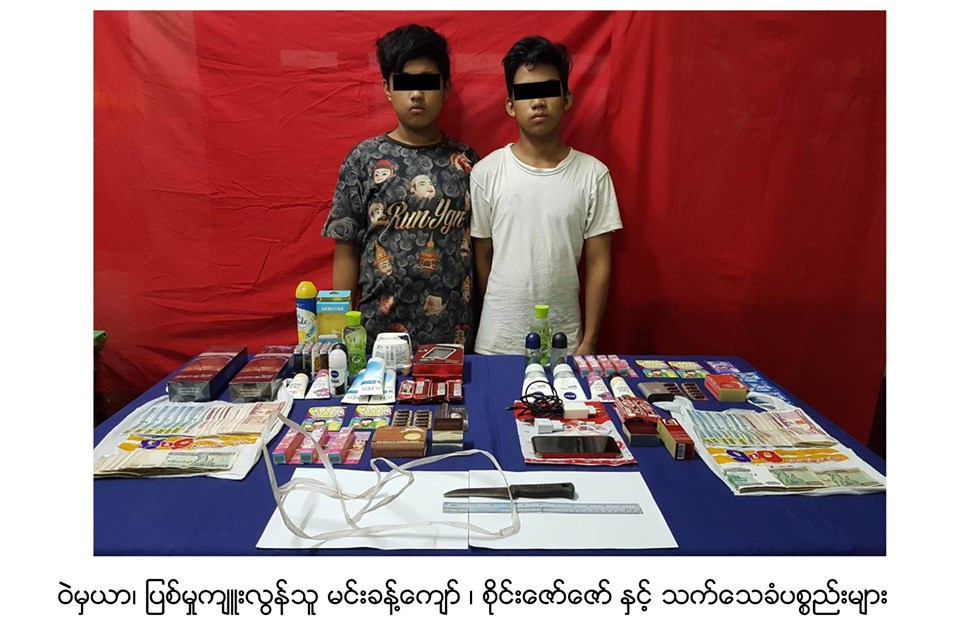 While he was watching, the young man dressed in a white suit tied up with a pair of scraps of cloth in the locker room while wearing a white shirt in a drawer (6033330 / -), A Redmi Note7 case is being filed at a police station in Botahtaung to bring two juvenile offenders to justice.

It was reported that Sai Zaw Zaw and Min Kyaw Kyaw were convicted of the crime, which had been confiscated.