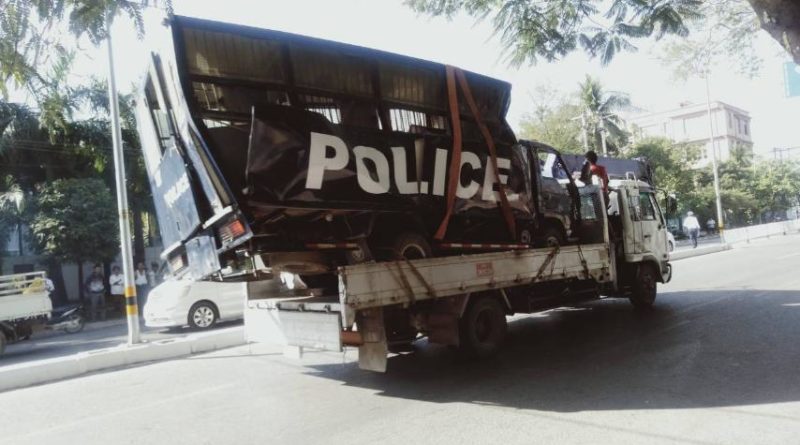 Aung Myay Thar Zan Mandalay Township At least 66 people were injured, including a driver and a motorcyclist, on the scene of a curfew and motorcycle collision on 66th Street today. 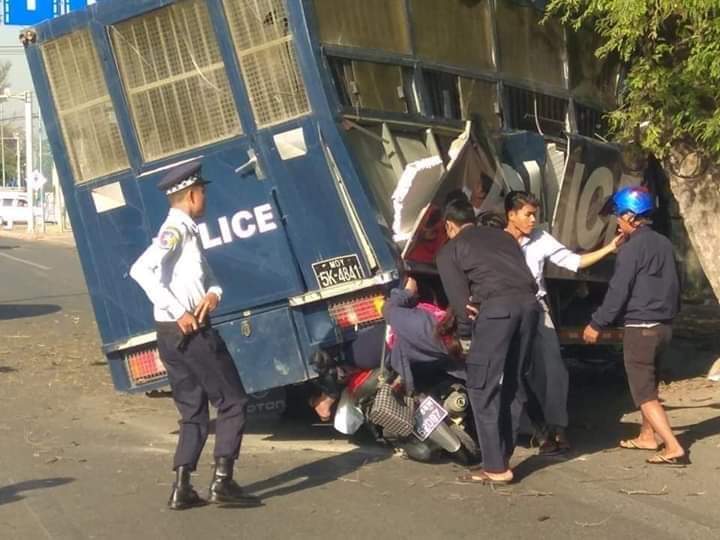 The initial report, the prisoner Mandalay Oboo prison from school carrying dam to transport the prisoners and Mandalay woman motorcycle collides chief has learned the cars have been loaded on a prisoner (18) due to accidents, driving with a prisoner (7) Women Mandalay injured sent to hospital due to a quarrel in the police said.

“The injured were taken to hospital. We will continue to do so as the area is located on the No. 1 police station, ”said an official of the No. 3 police station. 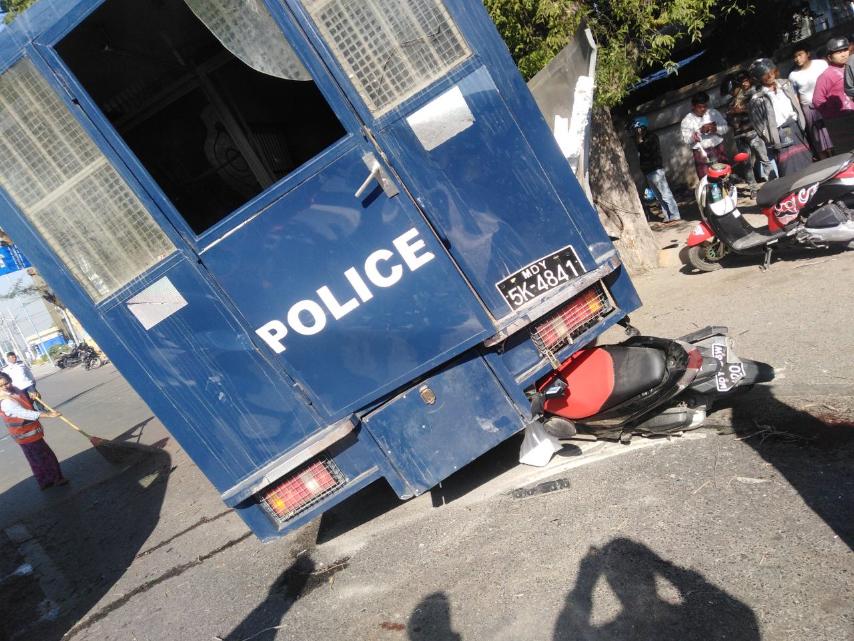 The driver of the car was detained at the Mandalay Region Police Station No. 3 and the injured were taken to Mandalay General Hospital and are being investigated at the No. 1 Regional Police Station.