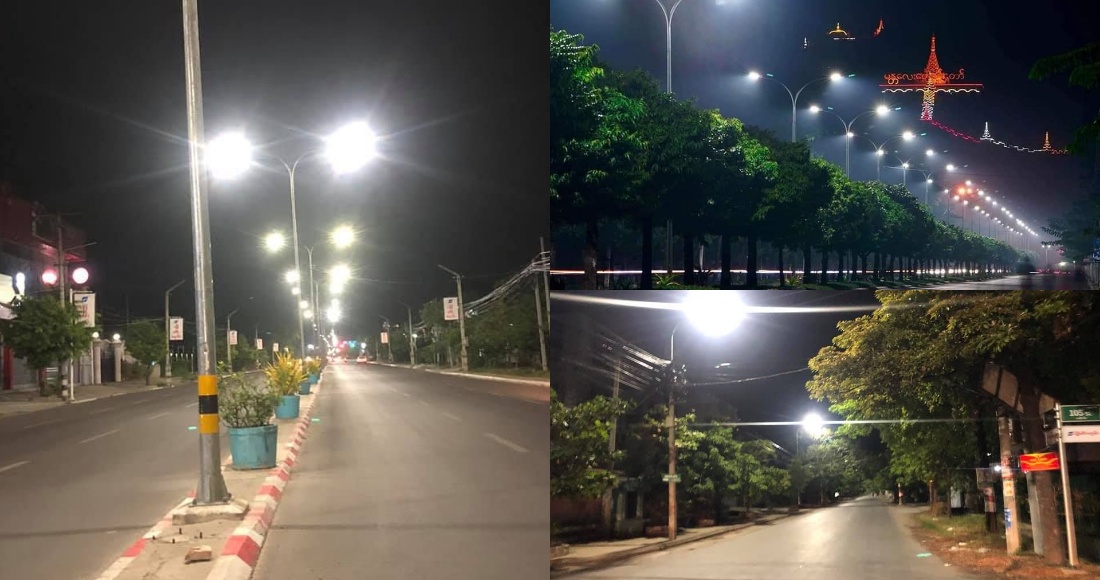 Construction of new 10559 new street lamps in Mandalay every year. 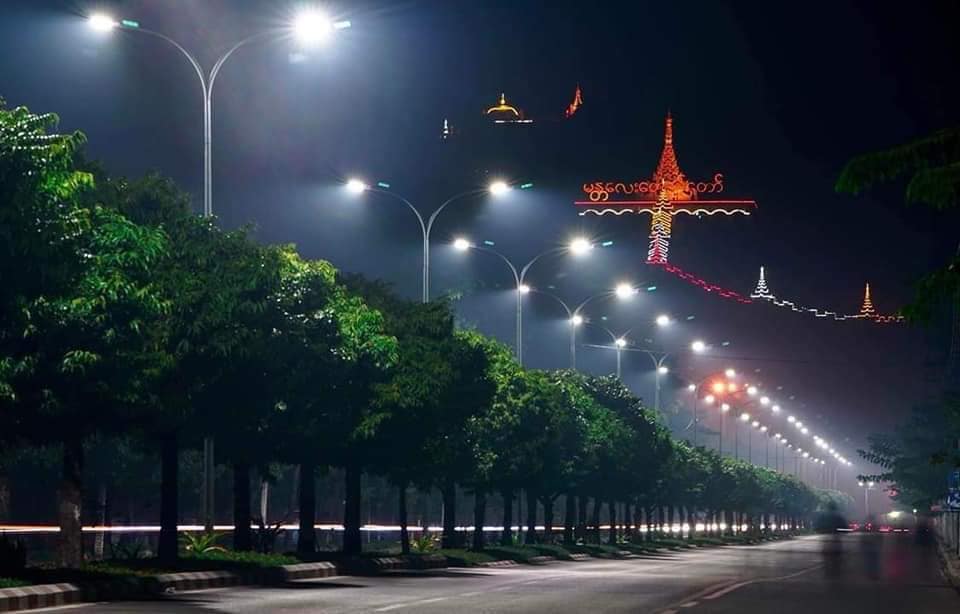 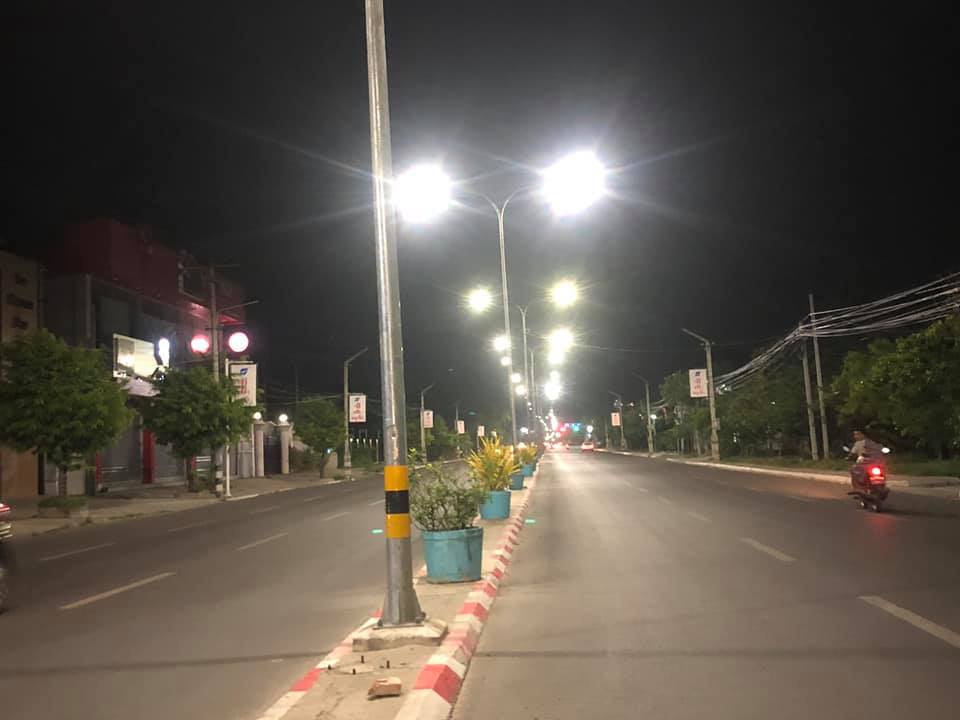 East, west, west Lighting pillars are being installed in the North Main Street. Until 2016, new lanterns were installed, so light was not enough. Later lanterns were taller and taller according to Streetlight techonology, arm length and angulation; LED bulb quality.