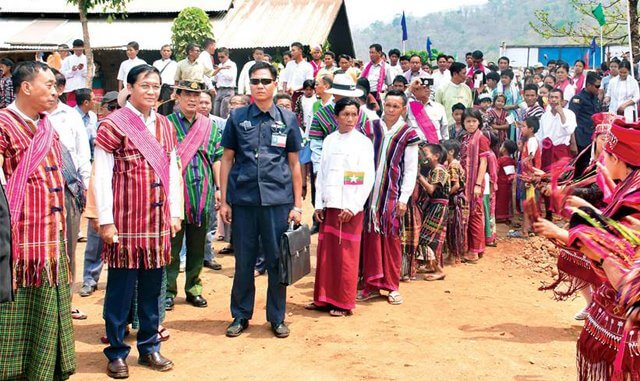 The Vice-President and party were welcomed at the airport by Chin State Chief Minister Salai Lai Lai and officials. 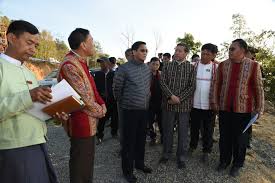 Also, Union Minister U Ohn Maung explained about the conditions for tourism development in Chin State after the completion of the Shubon Airport.

The Vice-President made sure that construction was not wasted and timely. Meeting the standards, He also said that the airport is mountainous and that the weather records are being properly organized.

After the completion of the Suubong airport, Chin Air becomes the main gateway to Chin state. Tourists will be able to visit the country in a short period of time and will have easy access to local products and ethnic groups in Myanmar.

The airport is located in central Chin state and is located in Falam township. Mountain Hakha Than Tlang Tourist attractions and resorts of the state, such as Teddy Lake and Riyadh Lake, will be available in Myanmar in a short period of time as well as easy access to regional and state airports throughout Myanmar.

Afterwards, the Vice-President and party left by helicopter and arrived at Sikur village, Thantlang Township, Thandwe Township, and a 16-bed hospital radiology clinic. Nurse Surgery and maternity ward, Keeping track of cleanliness around the hospital.

It is 141 feet long at the Syki Circuit Hospital. It is 136 feet wide. RC concrete and hospital with doctor’s home Nursing home. The building has included 1365.45 million dollars.

Afterwards, the Vice-President viewed 20 houses of the Ministry of Border Affairs and 50 Khin Kyi Foundation in the village of Sitquir for people fleeing Paletwa Township.