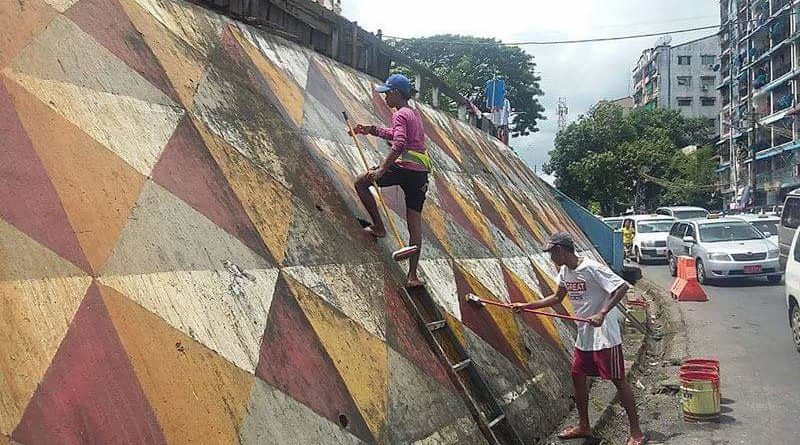 Yangon street railway crossing only two teeth. The sound will be located in a Road Street rail crossing and saw the pillar in the middle of the area and the area bordering the stream version of the canyon.

Since the original version is a big canyon, a canyon. People have dug up to create terror. There was a pattern to fulfill part as required. Yet, since the area was originally seen ravines, stream There was a canyon. The canyon on the construction of the railway crossing Maung (Sule) pillars of “Gold Line” in 1869, according to a report was originated from Yangon-out rail.

The country’s first railway. Railway length is 161 miles. The Irrawaddy Valley State Railway Co., according to a report The contract not been built. Two engineers at Hume and Innis are two examples. As a result, near the railway their named called Home Street Inn was named Nick. Now, these two roads were calling your name Pun Hlaing said.

The most difficult in the road along the railways youths called the “bak” version of the canyon. Under the railway roads, which is also heavily main problem clearing the thorn bushes and trees because of the river and trees. Hlaing River, and near the water Both sides of the canyon walls keep out the water feels like to build a strong Retainaing Wall drain under the road in caves lottery win. 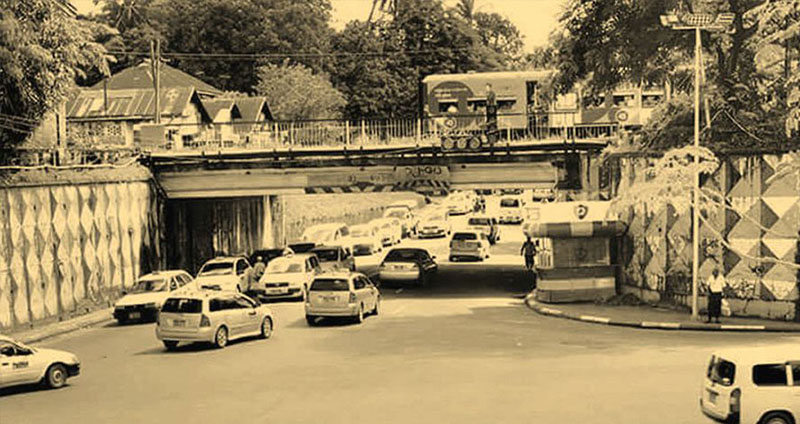 Once again, the roads, with a photo documentary evidence fake Sanchaung encompassing commander one photo from the ninth floor of an ancient history of the old road to the other side of the canyon and a symbol Square saw the sides. Inscribed photographs of the Year in 1926. As a result, all four sides from the shock, since roads because it will be presumed.

The calculation of the Hlaing river fluctuations below. Highway caves (drain), through the area. The writer’s grandfather, according to the (construction) of Hlaing River side to open the mouth of the tunnel closed once said to have a large iron gate. Java is the way to the other side of the canyon Strand middle of the road near a traffic light have a hole down into the canyon. To set up an iron ladder. Over the past two years (2 to 15) in the hole. The author comes down into the canyon itself. Lost by a bamboo ladder stairs were forced down.

Author to stand down when the hand touches the wall roughly zero. Increase in the water tank trash. Or even higher in a deep position. Tons of internal roads in the drain water flows coming from various small water collection tanks. Municipal bridges, an engineer at the water, and the width of the lake 1 To have a depth of eight feet and six feet.

As the water tank full of water tunnel to go down to the waterfront. The tunnel length shore Hlaing River, up to 12 in length and width, said he was more than five feet. With the construction of the tunnel under English brick construction forms of the pipes. The other side of the stream, the cave with a small “c” brick.

Road drain hole on top of the palm of the body or form the corners of a traffic light. Lowering her child in a four-hole area. Quarter of children playing soccer when the ball into the cave to go pick up the hole down to remember. Now that era is long gone, and a narrow hole. In addition, Strand, and Cuba is in the left hand corner of the intersection, Now you can go down into the cave near the café. There was a hole about six feet. The engineer said. The current speaker Constituency (2) Regions MP Khin Win.

“We are young, and I’ve had to go down to the abyss. There are four iron stairs. Built in the beginning of the year has been poured with a flat iron brittle. Now, these are no longer heard, “the process has been telling Wall. Once again, with the rail. Electric railway was built through on the fear of English kings.. Therefore, an enclave on the canyon train route Tram Street, Two bridges located alongside. 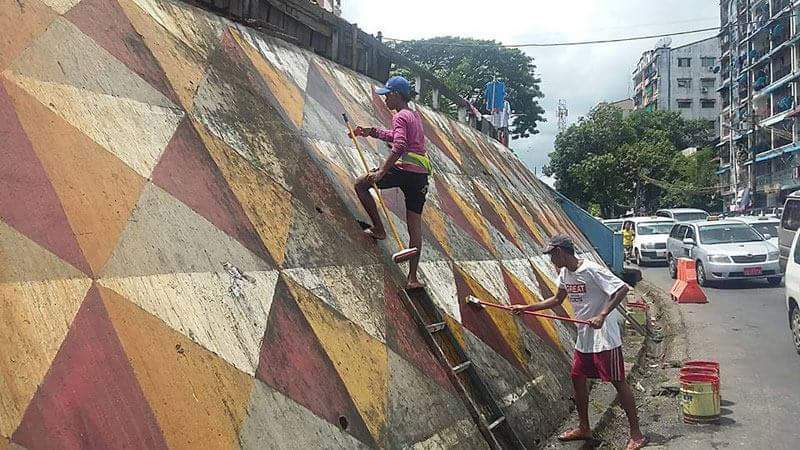 The pillars of the lower leg Hin was built in England. Hin the United Kingdom in a building situated in the beginning of the year to create shape with a flat iron brittle once found there. Afraid to live near a 85-year-old father of two with a sweet note accurately recalled. In the flat iron brittle 1913. he said. After the electric railway at the time of the 1988 uprising military regime canceled. Only an existing railway remained intact.

Now Cuba is afraid term rail and road construction over the years has reached more than 1 in. , The strip will still be very good. Building system posterity inspiration continues. So today, in addition to preserving the ages of 29 September in the previous term in the same region parliamentary speaker Constituency MPs (1) Nanda.

“Cuba is a big canyon now deteriorating and has been tough to have to cement Fall Beautiful view Transit vehicles in accordance with the risk of the city features neat, there is no plan to build a beautiful, ” Mayor Maung Maung Soe query.

“No more, no matter how good built large water system, Municipal troublesome given the canyon, ” said eulogize. Hear answers to start the next version is already decorated the canyon being renovated. Age Age historical heritage of the existing version canyon neighborhood near the relevant departments and local people about the urge, let’s keep it.