Investment banking first started in Myanmar (Around 1900) issued by India, which has invested about Rs Billion “no position in the Company Limited” was established, In his era, the richest businessman in Arakan His hands and all the victims of money, India invited the perpetrator’s degree and who was awarded GRACEFUL gold sash.

You have no outstanding school filled with zealous and industrious invented memory.  Businessman, became the Do not forget to become a rich man, but is used the paddle down and hung in the home, One difference are 4 hours and wake up in the morning every day for a handshake with a lantern in his hand, the disciples, and civilians have turned the city ”  Arise ye, Money float in water, Who usually recover, “the convener, the good news is filled with various adventurous inventor and businessman.

His 1833 On December 5, Bangladesh Bangladesh Peng, born in a village near the city. The brothers were wealthy locals window 4 on third. Brother soldier slender, In accordance with Emerald Lane Xi adults in their natural state, the two brothers. Sittwe return. One brother went back to parents soon were randomly hold the job in Sittwe. Sittwe first foot of the tycoon and gently started working as a sales boat. 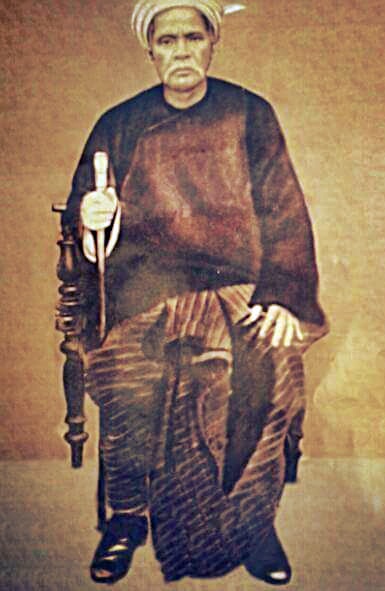 No, just trying to work honestly and painstaking visionary  tycoon Maung gently that her daughter was not married white. Happy obtained after the wedding parties as a share of jewelry in gold and silver and mother-in-law’s work. Economic return is dedicated. timber, East Pakistan (now Bangladesh), Drug Dealer Sampan boat sail river sand from the purchase, Buying near Sittwe impact investment industry, Lease Rice Dealer Gray heron, Gray heron fur trading industry have been working in various business in the era when it was one of the richest businessmen in Sittwe, Arakan State.

The first position in the poor, who, rising from the bottom elaborate, Farmers have empathy. Rice, who in selling The real truth, Tools of the foreign companies, such as prices, offset forms and Prevention. Rakhine sacrificing peasant farmers to higher grain prices. U Kyaw Thu true of businesses opened in the city of the “no position Company Limited” is the most prominent.

The business with the money from the company’s shareholders funds, borrowing and using the ticket system A pound of gold, £ carry the receiving country are set to the first bank business owner. In 1910 environment for investment banking services over a hundred million rupees. No position in the seventh after his death around 1924 as the official bank served by establishing systematic. The White Bank “Company Limited”, the rent by establishing separate Collected rent operations.

U Kyaw Thu, Ltd Myanmar National Bank is the second bank in 1926, opened in Mandalay, Myanmar Buddhist Association for the care of orphans (multiplexes) the establishment of the bank. Chills or woman-owned banks around the village, but the city Sittwe U Kyaw Thu, powerful and influential woman, chills Sittwe Banks tried repeatedly opened any bank unable opened.

Because of the reputation of Ye Kyaw Thu wealth of India invited Indian boss with the boss’s degree awarded GRACEFUL easy gold medal awarded. British Commissioner’s Advisory Board member participation in the country. With the soaring economic success, And spent a lot of gifts for. The most prominent was the Muni, the subtlety Some The large bronze statue.

Prominent Sittwe held played. True social construction of women in hospital maternity donation. Now, the school or the first position in school is also called mass, while living there. Is planning to buy a new building. The future father dedicated to children, built with iron, also called school. The first position, and she has flourished among white children (10).

(6) over the first, Chan Tun, More than standard, Burns, U Tha Zan, And (4), the daughter of Daw San Win, Daw Mya Khaing, Ma Khine gold standard, aunt cheerful umbrella. Among them, (4) clearly worked. The eldest son Chan Tun law has been studying law in England last year, the first successful future has become a prominent advocate. Like Chan Tun Shwe, Gold, Zan had been sent to England. Law was taught.

The first position over the full 77-day-old rabbits in Myanmar in 1272 (13) died on Tuesday morning (at 8). While the death of children as an inheritance, leaving about Rs 70 lakh.